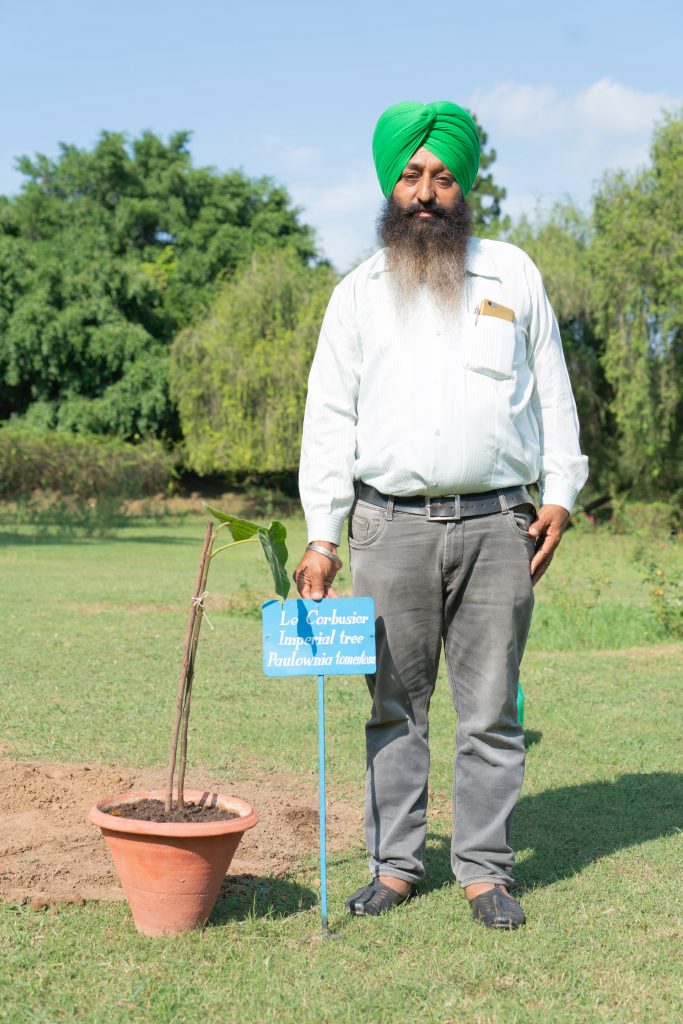 In the garden of the villa «le lac», built by Le Corbusier in 1924 in Corseaux (Switzerland), was a Paulownia tree. Originally from China, this tree has been planted by Le Corbusier so that its broad leaves serve as roof to the summer lounge. But, ill, the tree was cut in 2012. Cuttings were replanted in Corseaux (Switzerland), Paris, Boulogne-sur-Mer (France), Roquebrune Cap Martin (France) and Brussels (Belgium) but did not catch. This story is the starting point for an artistic intervention. 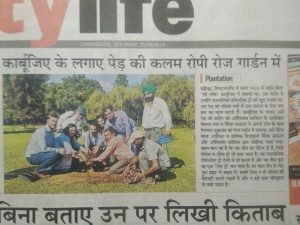 In october 2019, was planted on a dedicated site a cutting of the Paulownia tree in the Rose Garden of Chandigarh. The tree was inaugurated in the presence of the city authorities and the local press.