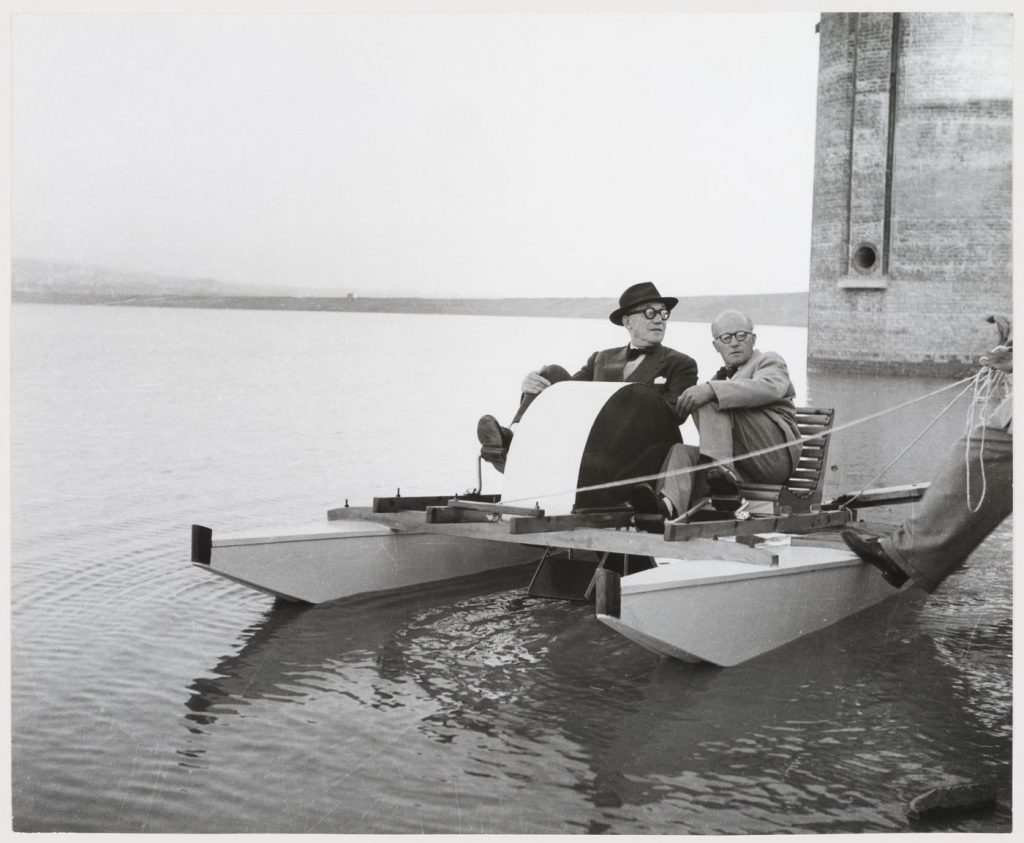 In 1954, Le Corbusier and the town planner P.L. Verma build Sukhna Lake in Chandigarh, a large artificial lake on the north-eastern part of the city. Le Corbusier insisted on the prohibition of motorboats and Pierre Jeanneret designed a paddle boat specifically designed for the lake. After the death of Pierre Jeanneret, his ashes were scattered in Chandigarh’s Sukhna Lake.

These stories are the starting point for an artistic intervention. In September 2019, was made a replica of Pierre Jeanneret’s paddle boat, based on the information gathered on site ( such as photographs, plans, or testimonials from artisans who have potentially collaborated with Pierre Jeanneret)

The boat was then developed with local craftsmen. The final construction is deliberately approximate since it depends on the know-how and materials available on site.

On Tuesday 1st october was inaugurated the boat in the presence of the city authorities (with the Chief guest administrator of Chandigarh) and the local press. The boat was offered to the city during this event. Each step of the construction of the paddle boat was documented and made visible in the form of a film.